Focus on service instead of reminders:

The cooperation agreement has been signed: atriga and the independent financial technology start-up Fabit will work together in the future. The aim of the cooperation is to enable consumers to optimise their financial situation through the free Fabit app. All parties involved will benefit from the cooperation: Fabit will profit from atriga’s comprehensive expertise in customer-preserving receivables management, and atriga will once again expand its customer-centred dunning strategy through this pioneering cooperation with the innovative FinTech. Last but not least, Fabit and atriga jointly support people who want to manage their finances better in order to lead a sustainably financially healthy life.

The basic element of the cooperation is the independent and free Fabit app, which is available for both iOS and Android. Fabit co-founder Susanne Krehl emphasises: “Our app helps users to bring order into their finances and to better keep track of outstanding bills and instalments. In addition, the app shows them intelligent ways to save money in everyday life and generally improve their financial situation!

Fabit co-founder Susanne Krehl and her colleagues (from left) Robert Heim and Dr. Ralf-Michael Schmidt are pleased about the newly agreed cooperation with the receivables management company atriga: “We are very pleased to have found a partner in atriga that follows the same approach as we do and puts people at the centre.“

Service instead of reminders …

… has been an essential part of atriga’s corporate philosophy for many years. “And the intentions of Fabit fit perfectly into this principle consistently pursued by atriga,” says atriga authorised signatory Anita Gluszak-Haefs, “because we support defaulters in solving their payment problems. Since 2008, for example, there has been atriga Web Payment, the first online-supported payment service with which an outstanding debt can be settled digitally without a system break. Today, far-reaching automation, the modern self-service online portal and highly personalised communication with late payers controlled by algorithms provide advantages for all parties involved”.


The representative study by Stiftung Finanztip on everyday financial knowledge demonstrates how correct and important it is for a modern FinTech start-up to cooperate with an experienced receivables manager. According to a report in ZEIT ONLINE from September 2021, “just under half of the people in Germany do not know that interest accrues immediately on a current account from the first cent in the red. Around 25 percent of those surveyed were convinced that the overdraft facility is free of charge if the account is balanced again at the end of the month.” The report goes on to say: “According to the study, a large proportion of respondents lack the basic knowledge needed to really understand financial decisions and their consequences. Only about half of the respondents answered more than six out of twelve questions on these topics correctly. Around 22 percent only knew the correct answers to a maximum of three of the questions. Expressed in school grades, that would be at the very least poor,” the study states.

atriga authorised signatory Anita Gluszak-Haefs: “Fabit’s intentions fit perfectly into the principle of ‘service instead of dunning’ consistently pursued by atriga, because atriga has always supported defaulting consumers in solving their payment problems.”

Closing many gaps with Fabit app

Fabit wants to help users close knowledge gaps like these and better manage their money. Fabit founder Susanne Krehl describes the details: “We convey the necessary knowledge in small, understandable portions and actively accompany the users in their everyday lives. In the app, users can keep a budget book and keep track of liabilities and instalments. Fabit also provides support in dealing with creditors. The motivating and behavioral approach enables Fabit users to reduce their costs and debts and still have a high quality of life. Most importantly, all data entered by the app users is protected and never shared with anyone.”

This is where the circle closes for Anita Gluszak-Haefs: “In line with the principle of ‘service instead of reminder’, our innovative IT processes support people, but above all they are always a means to an end. We meet our customers at eye level across all communication channels and always address their personal situation, for example to discuss different repayment options. In this way, we succeed in significantly increasing the willingness to pay of defaulting customers, which is ultimately reflected in considerably higher overall payment results. We also see that our service approach is perceived positively by customers, as the friendly response and good reviews prove time and again.” 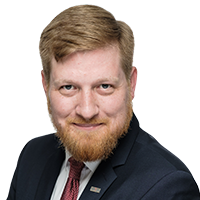 Lasse KühlHead of Customer Care
Contact to the editorial office
Your message to the atriga editorial office
Subscribe to the newsletter
Share
More posts
atriga continues to support animal welfare organisations in 2022
9. January 2023 Last year, atriga once more donated to the animal shelter Egelsbach and the association Wildtierhilfe Schäfer, based in Offenbach am Main. These christmas gifts are intended to ensure the existence of two regional organisations, which are ...
Focus Business awards: atriga TOP EMPLOYER MEDIUM-SIZED for the third time in a row
29. November 2022 All good things come in threes, as the saying goes. If you score three goals in a football match, you can be happy about a rare hat-trick. And anyone who is awarded the 'TOP EMPLOYER MEDIUM-SIZED' seal by ...
atriga energy supply company expert Michael Fait: About the communicating with customers in crisis situations
7. November 2022 Gas levy, energy price cap, electricity price brake, relief packages: Hardly a day goes by without new terms, plans and demands from politics, business and society appearing in the headlines. The Fachtagung ...
Copyright 2023 - All Rights Reserved
Back To Top
atriga GmbH
Pittlerstr. 47
63225 Langen
Germany
+49 (0)6103 3746-999
+49 (0)6103 3746-100
info@atriga.com
Contact